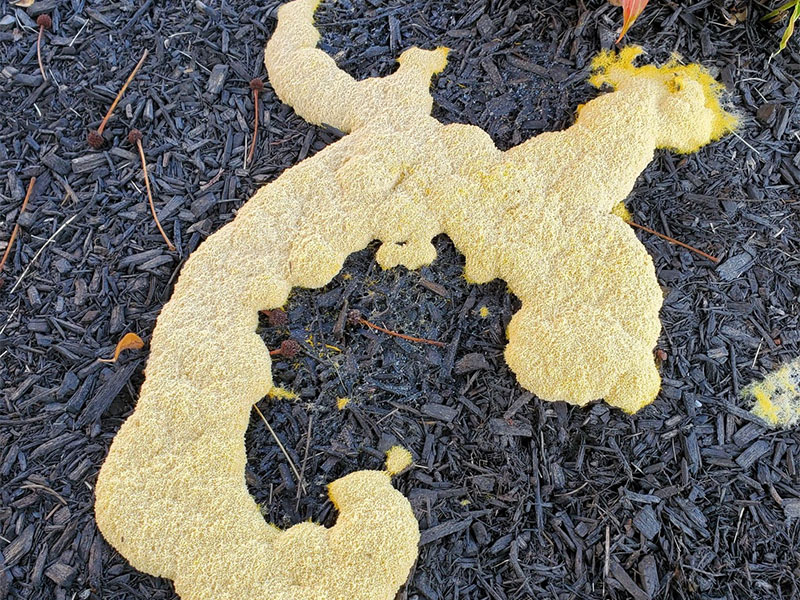 With cooler fall weather and more consistent rainfall, mushrooms are popping up in people’s lawns and landscapes. They come in all shapes, sizes, and colors from Dog vomit fungus, Bird’s nest mushrooms, Fly agaric (used by Indian Shaman for hallucinogenic visions) to common button mushrooms and Giant puffballs. They come up out of seemingly nowhere. If they bother you, pick them and throw them away. They are the fruiting bodies (flowers of a sort) of the fungi that live on decaying matter in the soil. The fungus will remain but removing them helps reduce the spread through spores shed by the mushrooms. Some like the button mushroom and giant puffball are edible but NEVER EVER eat any mushroom that you cannot positively identify!
There is nothing that can be done to kill them either. Fungicides do not work as there are thousands of species of mushroom. They’ll be gone soon enough. 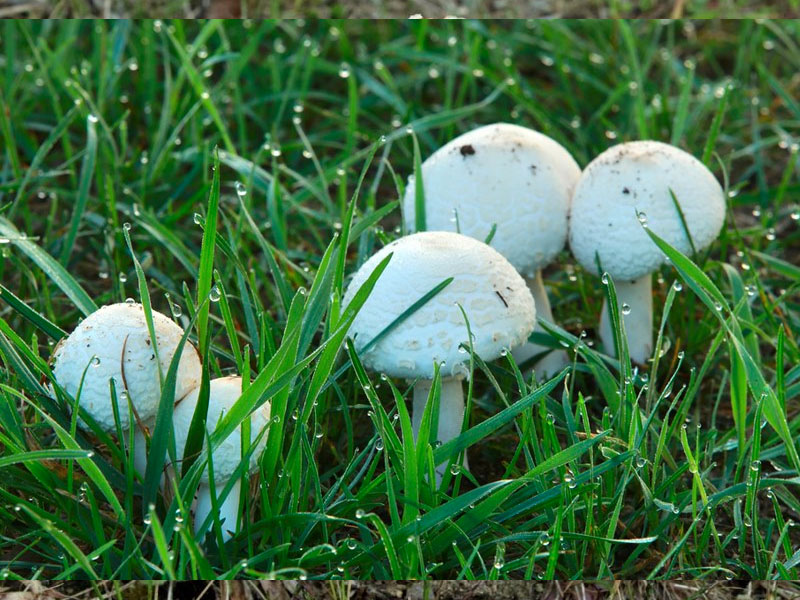